Workshop on Climate Crisis and Food Sovereignty for Rural Women

An awareness creation workshop on ‘Food security and the Changing Climate’ as part of the 16 days of global action on Land & Resources – Defend food sovereignty! Strengthen community resilience amid climate crisis! for rural women in Meenangadi Panchayat on October 14th. The campaign ‘16 days of global action on land and resources’ was started on first October and will be culminated on October 16th, at the International Monsanto Tribunal , to be organised in Hague, Netherlands.

The workshop in Meenangadi was organised jointly by Meenangadi Grama Panchayat, Thanal, Save our Rice Campaign, Pesticide Action Network (PAN) Asia & the Pacific and PAN India at the S. A. Majeed Memorial Hall in 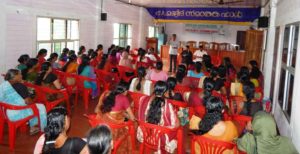 control on farming, etc. were the topics addressed during the group discussion. Followed by the discussion, each group presented their   views and concerns. The participants raised the urgent need for empowering rural women to overcome the grass root impacts caused by climate change and related issues. Nearly 100 Kudumbasree members attended the program. 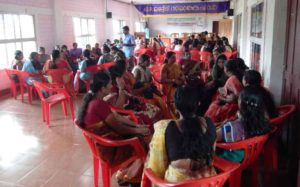 Climate change has become one of the most severe and pertinent crisis that threatens our food security. Intense and irregular rainfall, droughts, increasing temperature, long summer periods, shortage of rain and other climate-related stresses have the most serious impacts on agriculture and have impacted small food producers’ access to land, water and other resources. What makes it worse is that the small food producers who are the most vulnerable to the impact of climate change are the least responsible for causing it. Climate change has a particularly severe impact on rural women who suffer more in the wake of droughts, floods, etc and eventually crop losses, food and water shortages and loss of lands, homes and livelihoods. 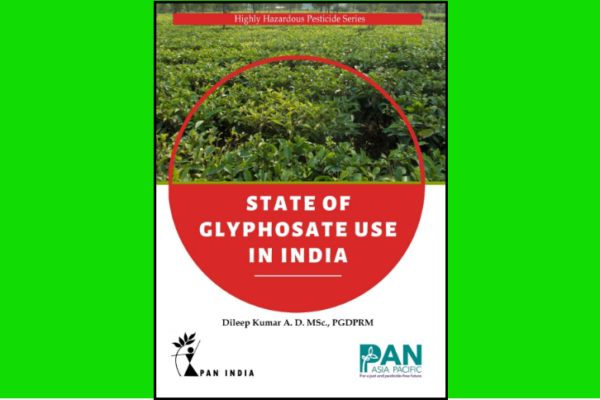 State of Glyphosate Use in India 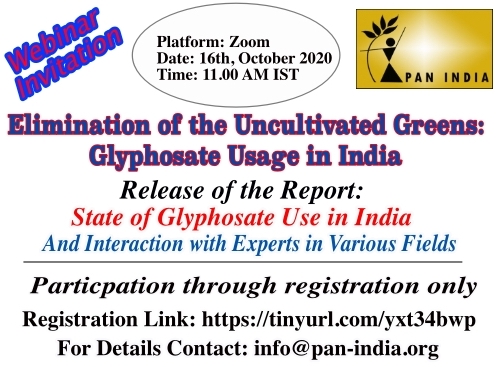 Webinar on Elimination of the Uncultivated Greens: Glyphosate Usage in India